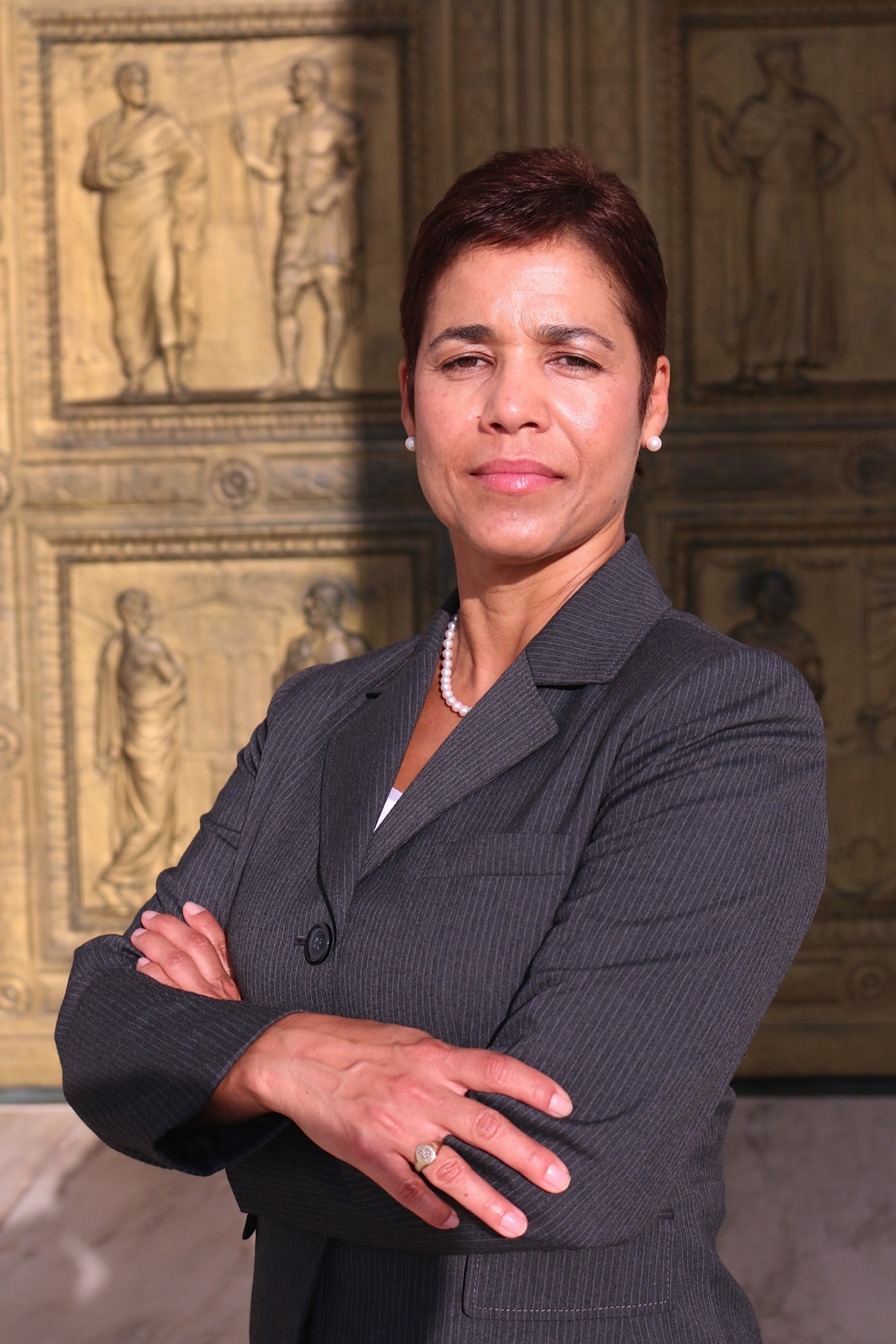 Attorney Virna L. Santos is highly qualified to assist clients in a variety of legal matters as a result of her varied and distinguished career.  Ms. Santos has 26 years of legal experience dedicated to public service and justice for neglected communities, particularly those in Latin America.

Ms. Santos served in the U.S. Department of Justice for nearly 20 years, first as Assistant Unites States Attorney for the Eastern District of California in Fresno and until 2014 in Washington, D.C. in the Criminal Division.

In Washington, she led a team that provided criminal justice training to judges and prosecutors throughout Latin America, including Colombia, El Salvador, and Mexico.  Ms. Santos has also worked closely with Associate Justice Sonia Sotomayor to establish the first ever Judicial Studies Institute in Puerto Rico, which has served many Latin American jurists in mastering criminal justice issues.

As Assistant United States Attorney, Ms. Santos earned a reputation of as a tough but fair prosecutor handling many complex white collar and drug cases in the District Court for the Eastern District of California.  Ms. Santos was equally successful in handling criminal and immigration asylum appeals before the Ninth Circuit Court of Appeals.

Ms. Santos served as a law clerk for the Hon. Gilberto Gierbolini Ortiz (deceased), Chief Judge for the United States District Court for the District of Puerto Rico.  Ms. Santos began her career as an environmental attorney with the California Attorney General’s Office.

Ms. Santos’ public service has transcended the courtroom.  She volunteered as a mentor with Big Brothers Big Sisters of  Central California and served as its Board President and fundraiser for several of those years.  Ms. Santos currently serves on the Board of Directors of Girls Scouts of  Central California  South and the Clovis Global Academy, a dual immersion charter school.

Ms. Santos earned her law degree from Harvard Law School in 1990 and her Bachelor of Arts degree in Political Science from the University of California at Los Angeles (UCLA) in 1987.

My chosen career path demonstrates my life-long devotion to public service. Practicing law is my vocation, not my occupation, and time and again throughout my career I have prioritized service and the pursuit of justice over profit and professional advancement. Over the course of more than thirty years of legal service, I have become a well-rounded attorney with experience in both civil and criminal areas, in state and federal courts, and at the trial and appellate levels.
No Longer Accepting New Clients